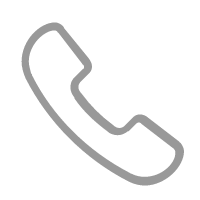 EAE can be induced in a number of species, including mice, rats, guinea pigs, rabbits and primates. The most commonly used antigens in rodents are spinal cord homogenate, purified myelin, myelin protein such as MBP, PLP, and MOG, or peptides of these proteins, all resulting in distinct models with different disease characteristics regarding both immunology and pathology. It may also be induced by the passive transfer of T cells specifically reactive to these myelin antigens. Depending on the antigen used and the genetic make-up of the animal, rodents can display a monophasic bout of EAE, a relapsing-remitting form, or chronic EAE. The typical susceptible rodent will debut with clinical symptoms around two weeks after immunization and present with a relapsing-remitting disease. In order to better support the research and treatment of EAE, Pharmalegacy established EAE model by MBP, MOG or PLP induced in rats or mice.

Aim: To examine the effect of FTY-720 on MBP-induced EAE in Lewis rats

Effect of FTY-720 on Incidence, Clinical score, and Body Weight

Fill out my online form